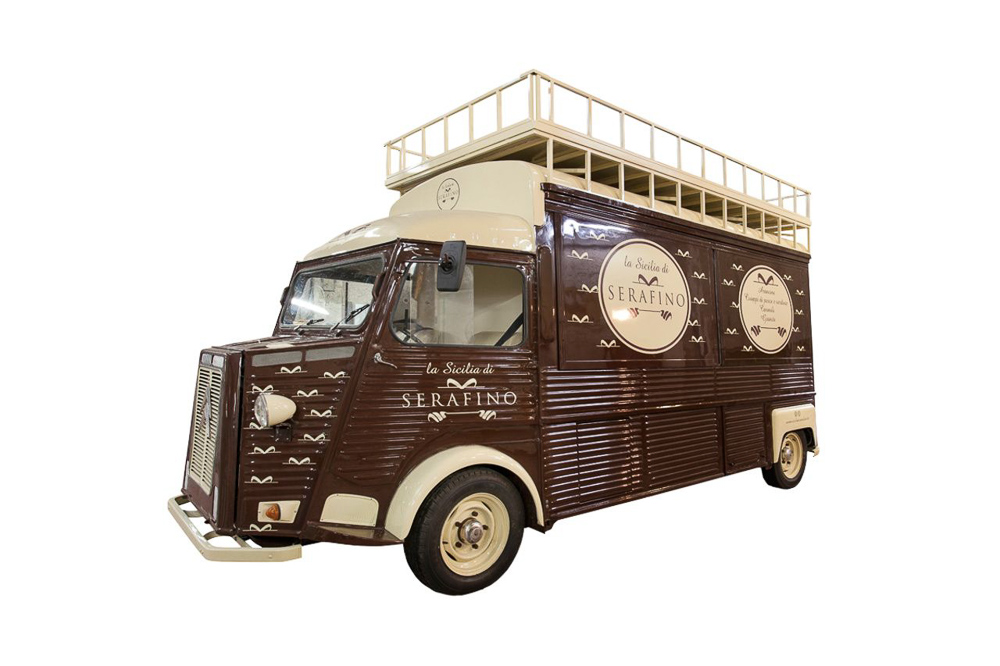 A tasty, high-quality street food from traceable sources that recreates scents and flavours from the amazing Sicily.

Traditional Arancine (Sicilian stuffed rice balls coated with breadcrumbs and fried) with traditional and gourmet fillings, cuoppi, a paper cone, holding a mix of deep-fried foods ,  a  small variety of desserts, including, obviously, cannoli filled at the moment, delicious cassatine and, of course, the typical granita siciliana.

A fascinating Citroen H Van that seems coming directly from the past.

Any cookies that may not be particularly necessary for the website to function and is used specifically to collect user personal data via analytics, ads, other embedded contents are termed as non-necessary cookies. It is mandatory to procure user consent prior to running these cookies on your website.